Perceptions of food are changing every year. With millenials choosing food based on how good it will look on Instagram. Find out how big brands are following the trends with their digital channels

Over the past few decades, food and beverage advertising has magnetized fickle customers via exceptional offers, attractive jingles, and impressive campaigns.

But present-day shoppers have different insights.

So, it may be wrong to consider food and beverage products as simply a matter of taste.

Starting from candies to burgers and soft drinks to beer, the means the food and beverage industry uses to reach customers, is rapidly transforming.

Apart from this, social media nowadays act as a treasure trove to reach a broad global user base.

What’s more, businesses do not fear to make statements in order to produce buzz over social networks like Facebook.

Food and beverage brands have become the most vibrant on social media.

These companies are really expanding the limits in their sector using digital technologies to boost the business.

Starbucks, Nestle, Coca Cola, and Cadbury, are some of the brands rocking the industry by using digital marketing.

Food and beverage companies grab the attention of an ever-increasing consumer base by customizing their marketing strategies regularly.

The effort assists them in meeting rapidly changing behaviors and tastes of their target audiences.

It also means that a review of existing advertising strategies and monitoring, the need to keep them evolving in the future.

Apart from this, many businesses are marking their presence using trending social media tools. Even more, they are gaining users in pioneering and unexpected ways.

Let’s have a glance at food and beverage brands that lead the market with online marketing.

Starbucks has remained the most innovative company in the sector of food and beverages for a while.

More than a decade ago, in 2008, they opened new paths using My Starbucks Idea.

It is an open online community that enables users to share their thoughts that would assist the company in modernizing its offering be that concerning social responsibility, consumer experience, and new product development.

Since then, Starbucks has shifted its focus to top advancement in the payments sector.

Identifying that the emergence of digital technologies has transformed consumer expectations and resulted in the craving for a speedy and secure payment process, the company has launched the latest and advanced payment methods.

On top of that, Starbucks has partnered with an American company Square to build an app for enabling mobile payment in the shop.

The coffeehouse chain has also launched the Tweet-A-Coffee service, an effort that connects social technologies and allows customers to send a gift card worth £5 to their friends. Along with Facebook, Starbucks is also present on Instagram, Pinterest, and Twitter.

Kit Kat is a hit and popular product of Nestle.

Unlike Coca Cola, KitKat has also placed itself a pioneer in innovation, by using the potential of the crowd.

The company has crowdsourced the flavor of its thriving product, KitKat Chunky, by recommending fans to cast a vote on likely concepts on Facebook.

Through this crowdsourcing effort enabled KitKat to make sure that the newly-developed favor will make money.

Also, the buzz which the strategy produced on social media went far in product promotion.

Coco cola does connect with its customers back to their social media.

It posts material on social platforms often and asks for feedback from customers.

Even more, they have competition entries over cans where if customers visit their website, they can grab some big prizes.

Well, Coco-Cola does not link entire social media networks on its websites.

Still, the company has boosted its sales massively since the past few years by building several brands.

Even more, Coco-Cola has around 63 million fans to its main page over Facebook.

Even more, after recognizing the potential of crowd-based outsourcing to gain creativeness for its latest new brand promotion. In this effort, Coca Cola has partnered with eYeka, a crowdsourcing platform.

Collectively, they have achieved more than 3000 diverse versions of their latest brand positioning by means of drawing, videos, and photos.

Being a famous and beloved brand of people, Cadbury seems to be prepared with its online marketing strategies.

The company, famous for its Dairy Milk chocolate and other products, uses social media marketing.

Even more, Cadbury has several pages on Facebook. The range includes the first Cadbury page and individual pages for other products of the company.

In the end of the 2019, Cadbury launched an online ad campaign wherein they asked social media users to curate the flavours they would like to be added and name their own chocolate bar for Cadbury dairy Milk for them.

This earned a huge response from the young crowd as even the flavours provided were seemed to be considering the online crowd in mind.

Before a few years, in 2016, Dunkin’ Donuts started using Facebook for its business. It is one of the top brands to use the social networking site.

One of its introductory videos took viewers on a backstage tour of the Dunkin’ Donuts test kitchen. In the video, the cooking team made a cake made up of several heart-shaped donuts.

It also invited interested users to enter a contest – the Dunkin’ Hearts Love.

The competition required participants to share a story, which opened an opportunity to win $10,000.

Surprisingly, the video attracted up to 21,000 viewers in not more than 15 minutes. At the time, the viewers engaged around more than they did with already recorded videos.

Eventually, it gained five times the views of the first video of Valentine’s Day and four-time the views of its pre-recorded videos.

All in all, Facebook Live paved the way for Dunkin’ Donuts to try a new tool. It also offered an opportunity for the brand to engage its most significant social media user base.

The fast-food chain, famous for its delicious range of tacos, quesadillas, and burritos, continues to prove itself a pioneer in the sector of social media marketing.

Taco Bell has become a famous food brand on almost every social media platform, building a peerless social media presence that remains untouched by its rivals.

Meanwhile, other fast-food companies like McDonald’s or kingpin may boast more mutual followers.

But the fast-food chain has managed to phase ahead as for user engagement.

Even more, Taco Bells leads the sector of online marketing when it comes to developing brand attention that its social media activity gains.

A quick look at Taco Bell’s Twitter or Instagram page would make things clear. Its presence on these platforms resembles who it is targeting.

The fast-food chain has specified its millennials-based demographic and has discovered a way to attract them using an amusing sense of humor. In 2014, the brand launched the #TacoEmoji campaign.

At the time, they even developed T-shirts for the event. After seven months, Taco Bell achieved the feet and revealed the emoji.

Apart from this, the brand allies with influencers to reach broader audiences.

PepsiCo is implementing innovative means in India to exploit the potential of social media for creating brand equity and boost sales.

Pepsi’s Facebook promotion remained the most known brands during the Cricket World Cup last year. The company has also won an award for using Facebook for its campaign during the event.

The article details some ways the large food and beverage brands that are using online marketing in order to promote their products and grow their followings higher.

What other techniques are you seeing food and drink brands to grow their presence online? Let us know in the comments below. 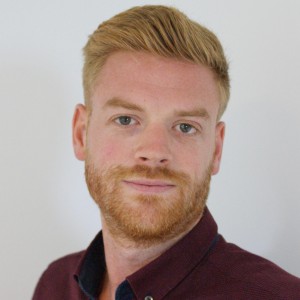 Matt Adams
Matt is Managing Director and founder of Online Growth Guru. He's been growing online businesses for over 15 years. He is a qualified Business Analyst and now shares his expertise with SME food and drink businesses to help them grow through the power of Digital Marketing.
PrevPreviousSell Alcohol Online – Tips for marketing your brand
NextCampaign Case Study: Food & Drink Marketing on FacebookNext